It’s the most wonderful time of the year!

March is upon us, and for hoops junkies March equals “Madness,” and “Madness” equals a college basketball overload for people such as myself

For the next three weeks, you will hear the terms “bracket”  and “Cinderella” more than you would, collectively, for the next 11 months.  In terms of great theater, pound for pound, the NCAA Tournament gives you more thrills than any American sporting event.

After last season’s dream sequence of late-game shots concluding with the three-point dagger by Villanova’s Kris Jenkins in the National Championship Game against North Carolina, it will be hard to eclipse that for most fans.

Yet this regular season has concluded with more than a dozen teams who can legitimately cut down the nets on April 3 in Glendale, Ariz.

The East Region sees two of the hottest teams in the country on a collision course for a matchup in the Regional Final as defending champ Villanova earned the No. 1 overall seed.  Duke, fresh off four wins in four nights to claim the ACC Tournament championship on Saturday night, is the second seed. Both teams’ roster stuns as Villanova boasts Big East Player of the Year in Josh Hart, the aforementioned Jenkins and Jalen Brunson. Duke arguably has the most talented team in the entire sport led by sophomore Luke Kennard, super-freshman Jayson Tatum and the polarizing Grayson Allen. It’s hard to envision anyone in this bracket defeating either team until they match-up in the regional final. But look out for the SMU Mustangs (at the No. 6 seed) to give Duke trouble if they were able to meet in the Round-of-32.

The Midwest Region features the Big XII regular season champion Kansas Jayhawks as the No. 1 seed.  Led by conference Player of the Year and consensus first-team All-American point guard Frank Mason Jr. and stud freshman Josh Jackson, the Jayhawks should benefit from an unfortunate injury to the second-best player on second-seeded Oregon’s roster in defensive stalwart Chris Boucher, who is out for the season with a torn ACL. Without Boucher, the Ducks will have to lean even more on Pac-12 Player of the Year Dillon Brooks to shoulder the load for a team who some pundits consider the favorites to win the whole shebang.

Rick Pitino’s Louisville Cardinals are the third seed but have had trouble making shots virtually all season. We know how good Louisville’s defense is under Pitino, particularly this season, but if sophomore star point guard Donovan Mitchell has an off-night, the Cardinals can struggle to crack 70 points. We saw it against Duke in the ACC tournament. The Blue Devils switched to a second half zone, and with Mitchell shooting 3-for-14 from the floor, the Cards had no answer. A sleeper team in this region could be the Rhode Island Rams.  A preseason Top 25 team that was blitzed by the injury bug has won seven in a row and “fits” the narrative of a Cinderella team. 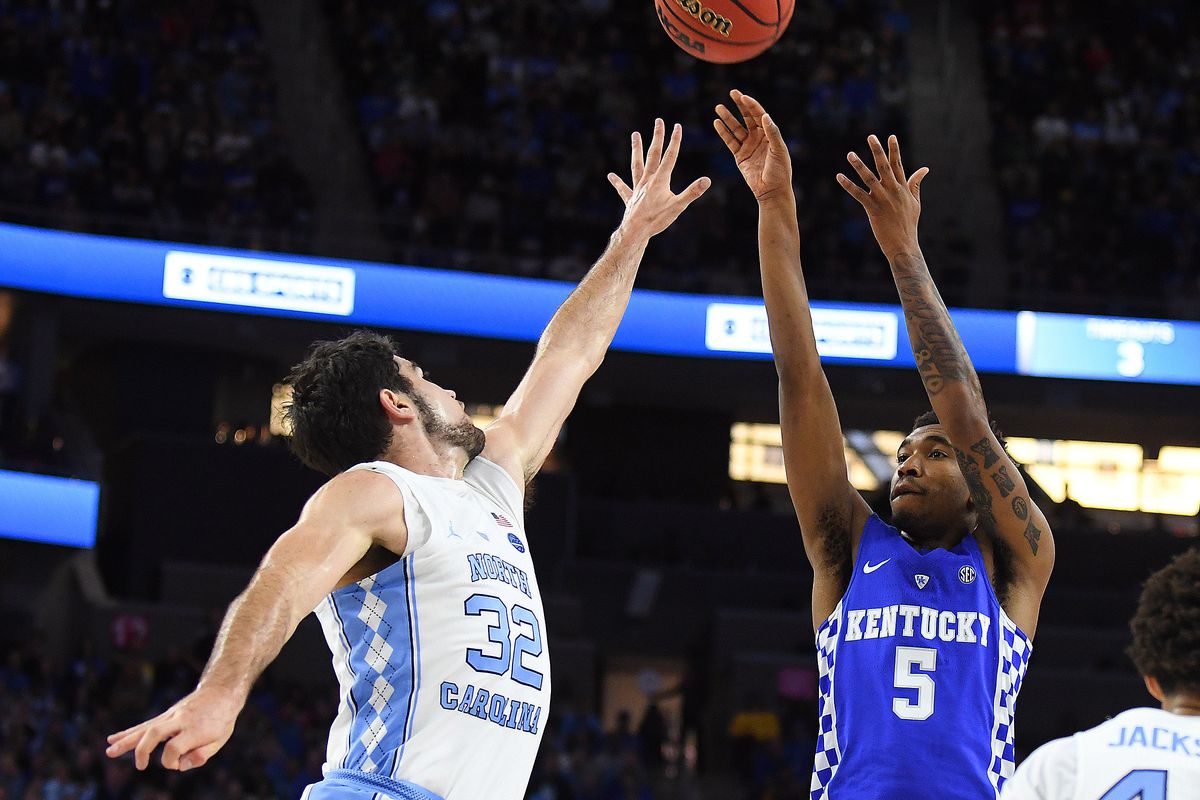 The South Region is flat out loaded.  Despite not winning its conference tournament, North Carolina is the top team in the South. It’s a region of bluebloods as the Tar Heels, Kentucky and UCLA make up the top three seeds.  Kentucky possibly has gotten the worst draw of any potential title contender in this whole tournament—again.  If the Wildcats win its first round match-up against Northern Kentucky, a potential second round grudge match everyone would like to see (including the brass of CBS) will be the criminally under-seeded No. 10 Wichita State versus Kentucky. The match would be one similar to that of another criminally under-seeded second round game in 2014, where the Wildcats defeated the top-seeded Shockers to end their undefeated season in one of the best games in recent tournament history.  After that, a potential match-up with Lonzo Ball and UCLA awaits, THEN possibly North Carolina and that’s JUST to get to the Final Four.  Amazing.

One thing Kentucky has in its favor is Malik Monk, just the type of perimeter scorer that can take a game over and win it on his own.  Earlier in the season, in the best game of the season, Monk scored 47 points against North Carolina in a 103-100 victory in one of the most thrilling performances you will ever see.

There is only one question fans care about when discussing the West Region. Will Gonzaga, this time as the No. 1 seed, finally make it to the Final Four?  The former mid-major-turned-powerhouse makes its 19th consecutive trip to the tournament, a testament to head coach Mark Few and his crew of assistants who have managed to bring in talent year after year. The Zags have won 17 of the 18 West Coast Conference regular season titles in Few’s tenure as head coach. They are consistently a top-25 team and just about every other year they are a top-10 team. They recruit McDonald’s All-Americans and shuffle players off to the NBA. They do everything that a great program does; they just haven’t broken through to that final weekend of the season just yet. 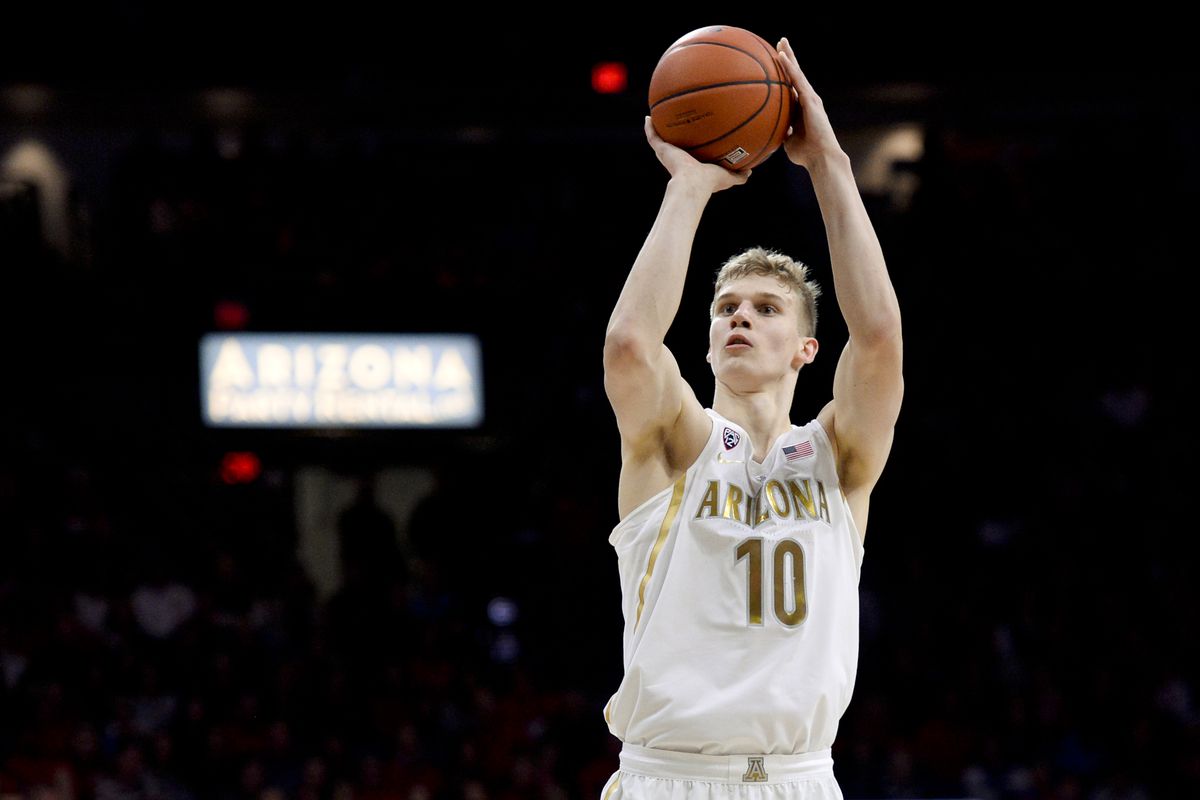 The team that will most likely stand in its way of accomplishing that goal is my choice to win it all, the Arizona Wildcats.  Coach Sean Miller has what could be deemed his most complete and explosive team in his tenure in Tuscon.  The mid-season arrival of Allonzo Trier after suspension has catapulted Arizona to a level unmatched by most teams.  Add to the fact that freshman Lauri Markkanen, at 7 feet, is a Dirk Nowitski-eque mismatch on most nights, I fully expect Arizona to keep the good vibes going and come out of this region with ease.  Don’t sleep on the Florida State Seminoles as the third seed, either. Leonard Hamilton has a couple of NBA-talents in Jonathan Issac and Dwayne Bacon and a deep roster that rotates 10 players.

Thursday’s opening round games starts basically a 4-day weekend of basketball awesomeness.  So sit back with your favorite beverage and enjoy the festivities!