Welcome Ladies and Gentlemen to Week Three of the Game of Thrones season.

And in football terms, we can say that the Lannister’s are currently up 28-3 over Daenerys. Now we all know about the “28-3” reference and how it actually turned out. Now we can only hope that things turn out the way they did in the Super bowl, but this is George R. Martin, so everything you think you know or think you feel is probably wrong. 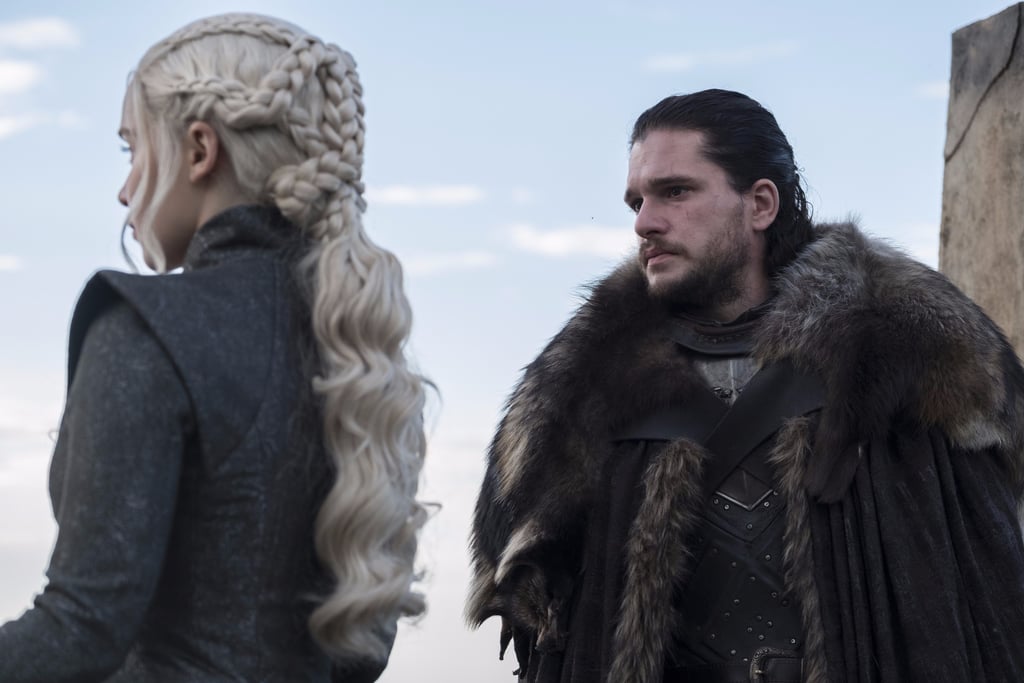 The long awaited meeting between Daenerys and Jon Snow finally happened. And let’s just say that Daenerys was feeling herself and Jon Snow was not with the shits. Daenerys was of course introduced by Missandei in a speech that took entirely too damn long. You know…breaker of chains, mother of dragons, last Targaryen, blah…blah…blah…all the shit we’ve heard a thousand times while Jon Snow was introduced simply as… “Jon Snow, King of the North”. How anticlimactic…Jon Snow and Daenerys have 2 separate agendas, Danny wants Jon to pledge allegiance to her and fulfill the oath sworn by the Starks many moons ago. Jon is like, now why would I do that when your father slaughtered members of my family? Daenerys said she is different, don’t punish her for the sins of her father. Jon is like, that’s cool and all and I’m not going to bend the knee to you but about these Wight Walkers…You can tell that Daenerys was not liking how this conversation is going and she didn’t believe what Jon was saying because she is worried about Cersei when she knows good and well that out of any one in Westeros, the Starks want her dead the most. It’s funny that Jon says lets help each other, because she’s going to need his help, more on that in a little bit. The meeting is broken up by Varys when he comes to inform Daenerys that Yara and the Sand Snakes have been captured and the fleet has been ravaged. Of course she is pissed. But we’ll come back to them. 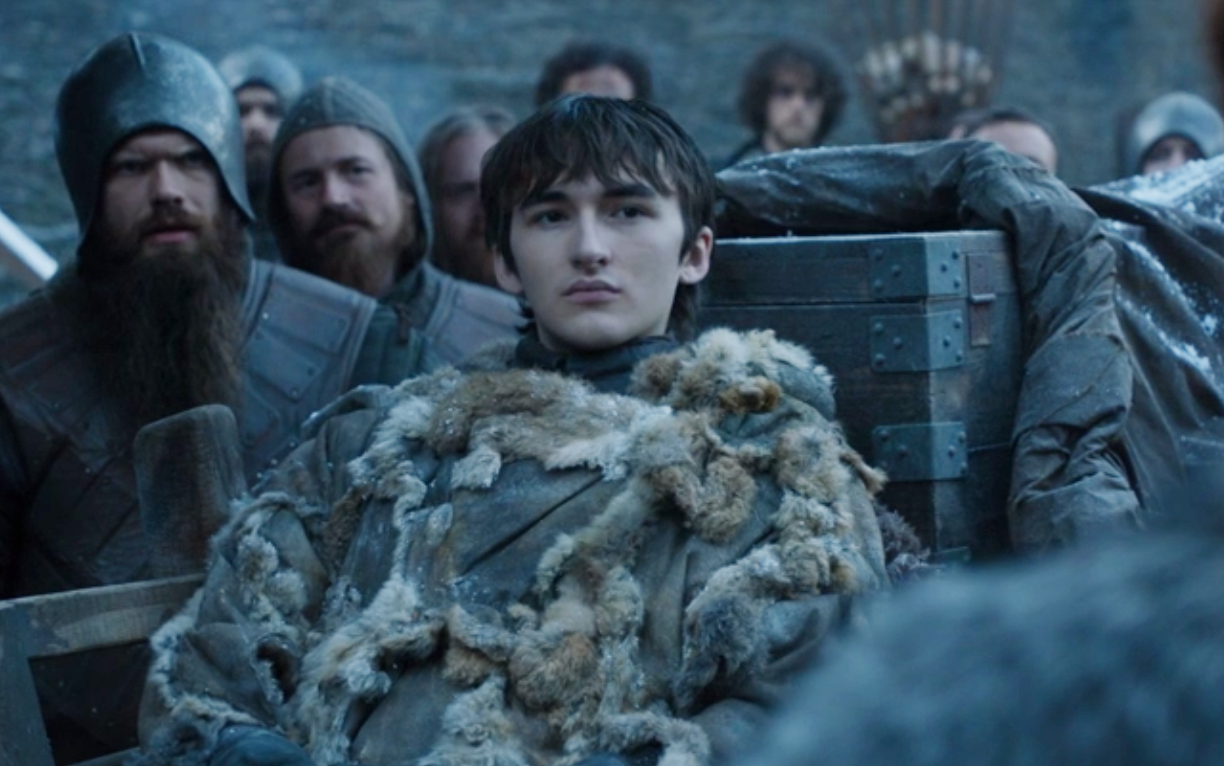 Bran Alert! Bran Alert! Bran has reached Winterfell, he is finally home and scaring the shit out of Sansa. After he says hello to Sansa, the first thing he says is that he needs to talk to Jon. And we know what this is about, *spoiler alert*, but hell, you should know this by now. Jon Snow is Rhaegar’s son (R +L= J) and Bran knows it which makes him Daenerys’ nephew and the Targaryen heir to the Iron Throne. He also knows where the White walkers are. Bran has been through a lot, and you can see it, his demeanor is quite weird and scary to the point that Sansa had to walk away from him. Hopefully Bran, Daenerys and Jon will have a sit down before the season is over.

Samwell Tarly is probably the most human character on Game of Thrones in my opinion, mainly because he actually cares about people. He cured Jorah of Greyscale which was like an impossible mission. His teacher was upset, but not mad, told him that what he did was wreck less but he saved a life and he cannot be mad at that. But he did disobey, so there will be no reward for him and those books aren’t going to copy themselves. Good Job Sam, you are on your way to being what you set out to be, keep it up! 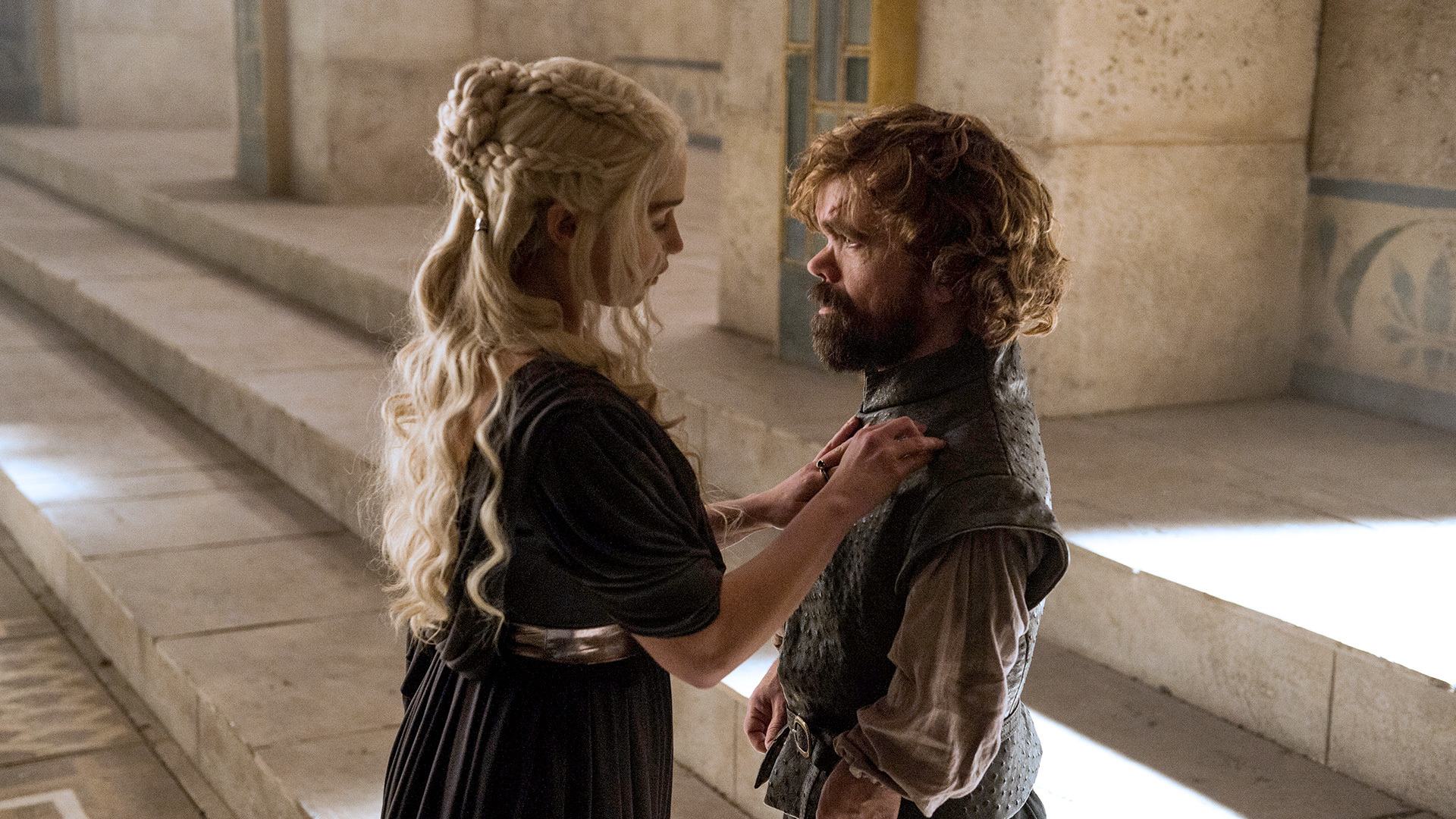 Now it’s time to circle back around to the Lannister’s, but let’s start with Tyrion. After the abrupt end of the original meeting between Daenerys and Jon, Tyrion was asked what he thinks about what Jon is saying. He stated that if he was advising Jon, he would have told him not to come. Stark men don’t do well when coming down South. But the fact that he did, makes him believe everything that Jon was saying. All Jon wants is the dragon glass and Daenerys didn’t even know it was there. So even if Jon won’t bend the knee, she is providing him what he wants which shows that she somewhat believes what he is saying. Plus, that would also incline Jon to help her if needed. According to Tyrion, Danny loses nothing if what Jon is saying is not true, so it’s a win-win situation. So Daenerys promises Jon that he can mine all the dragon glass they need and she’ll provide all the people necessary to make it happen. 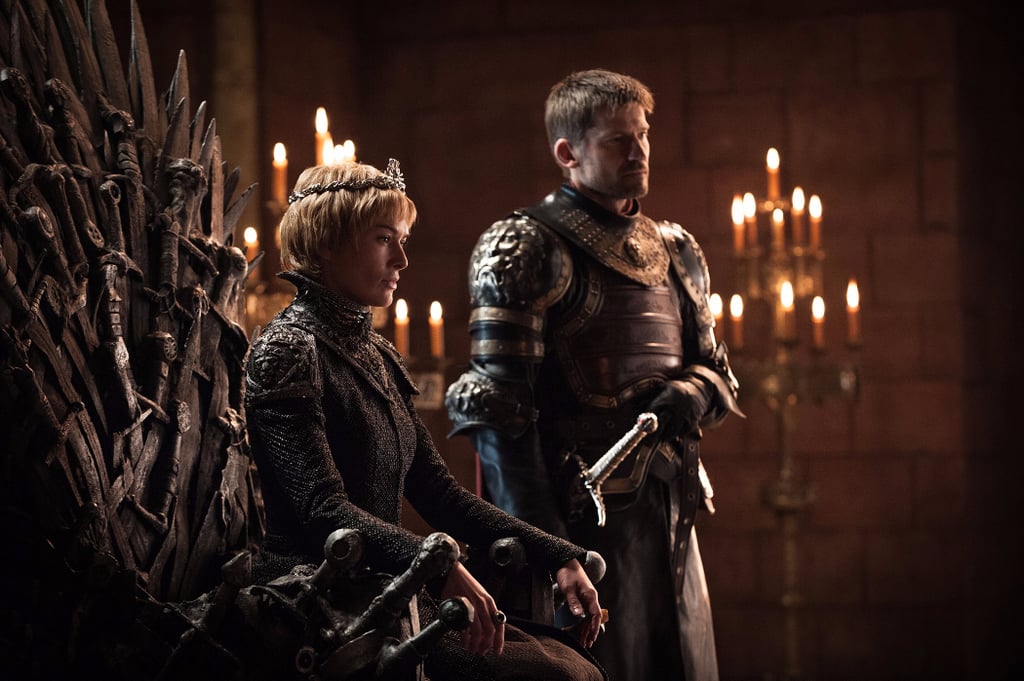 Now back to our favorite Westeros troll…Cersei and our new favorite character Euron who channels his inner trap rapper. Euron paraded through the city like “Bish I’m the Sh!t”, with Yara and the Sand snakes tied up and walking. He rode straight into the chambers and delivered the sand snakes to Cersei. He’s come to claim his prize…The Queen. But of course she had other plans and said that after the war is over and they win then she’ll be his. So Cersei is continuing to troll Euron and he’s too dumb to know it. In turn, he continues to troll Jaime and asks him if she likes it “rough or soft, does she like fingers in her….. heyyyyyyyyyyyy”…”Euron ain’t got no manners for no sluts, I‘mma put my thumb in her ____.” As you can see, Euron wants to drop dat thumb and Jaime’s face was priceless. We need more and more Euron every week. He’s gone from being hated by me to becoming my man’s. He’s highly entertaining. With the sand snakes in her hands, Cersei brought out her most inner evil and decided to torture Ellaria by shackling both her and her daughter Tyene in a cell. Since Ellaria killed Cersei’s daughter with a kiss, Cersei decided to return the favor by poisoning Tyene with a kiss as well with poison that will take some time to work. Meaning Ellaria will have to watch her daughter die while she can do nothing. Cold world. Then she proceeded to get with Jaime and do their normal incestuous things, YUCK! Speaking of Jaime, Jaime pulled a fast one on Daenerys. Jaime basically abandoned Casterly Rock. Yes, he pulled most of the army out and just let the Unsullied take it easily. Grey Worm knew something was wrong, looked out to the sea and saw Euron’s fleet just wrecking their ships. Now the Unsullied are stuck at Casterly Rock and will have to foot it back to Dragonstone since the ships are destroyed. So Jaime has split Daenerys’ army in half and now she has to regroup and rethink her strategy. So now you may ask, well, where did Jaime go? Jaime went to Highgarden to take out the Tyrell’s, which is the richest house in Westeros and full of resources. They are not very great fighters, so the Lannister’s took Highgarden with ease. Jaime’s last task was to take out Olenna Tyrell. She asked how it would be done. He gave her some gruesome ideas that Cersei had, but opted to just poison her. But even in death, Olenna got the last laugh by informing Jaime that she poisoned Joffrey and told him to let Cersei know. All Jaime could do was stand there then walk out. What else could he do? She was going to die anyways, so she went out like a G and now Cersei’s reaction to what Jaime is going to tell her will determine how Jaime will move for the rest of his time on the show. Good job Olenna!

Lastly, Littlefinger was dropping bars as usual but this time Sansa seems to be listening…But who knows if she is REALLY paying attention. He is a volume shooter and he’s going to keep shooting until he drains one from downtown. Half-court shots do go in from time to time.

Either way, this was a great episode and is really setting the tone for the rest of the season. Cersei is not fucking around and Daenerys better get with the program or she won’t even make it to Kings Landing. War is WAR, Cersei has said many times, “Fuck the people”, so you know what time she is on. Daenerys on the other hand is on some, “I want to save the people and be liked” tip. Look…This is WAR…People are going to die…Now unless you want be one of those people, Daenerys, you best let them dragons loose and burn the hell out of everything. Because without you on the throne and your dragons in the sky, Westeros is doomed. Because the Night King is coming and my friend, the Night King is definitely with the shits!