Georgetown, who led by 13 points with a little over ten minutes remaining in the second half, showed a lot in their first true test of the 2017-18 season vs the hated Orange of Syracuse.  Instead of basking in the glow of a great non-conference win and an undefeated record, the team floundered late as the Orange would inevitably tie the game in regulation and win 86-79 in overtime to hand the Hoyas and coach Patrick Ewing its first loss of the season.

For the first time this season, the atmosphere was electric at a Georgetown game.

And for good reason.

With Syracuse  – the Hoyas biggest rival – now in the ACC, these early December match-ups have brought a small feel of nostalgia for a suffering fanbase.  Though not a sellout crowd per the usual match-ups of yesteryear, the crowd was electric throughout.

After early jitters from both teams, the Hoyas (9-1) seemed to get into one of their better offensive rhythms in seasons.

With a seven point lead  with 5:15 to go, momentum swung for good as forward Marcus Derrickson fouled out on a questionable offensive foul, forcing the Hoyas to field a small lineup against the lengthy Orange. 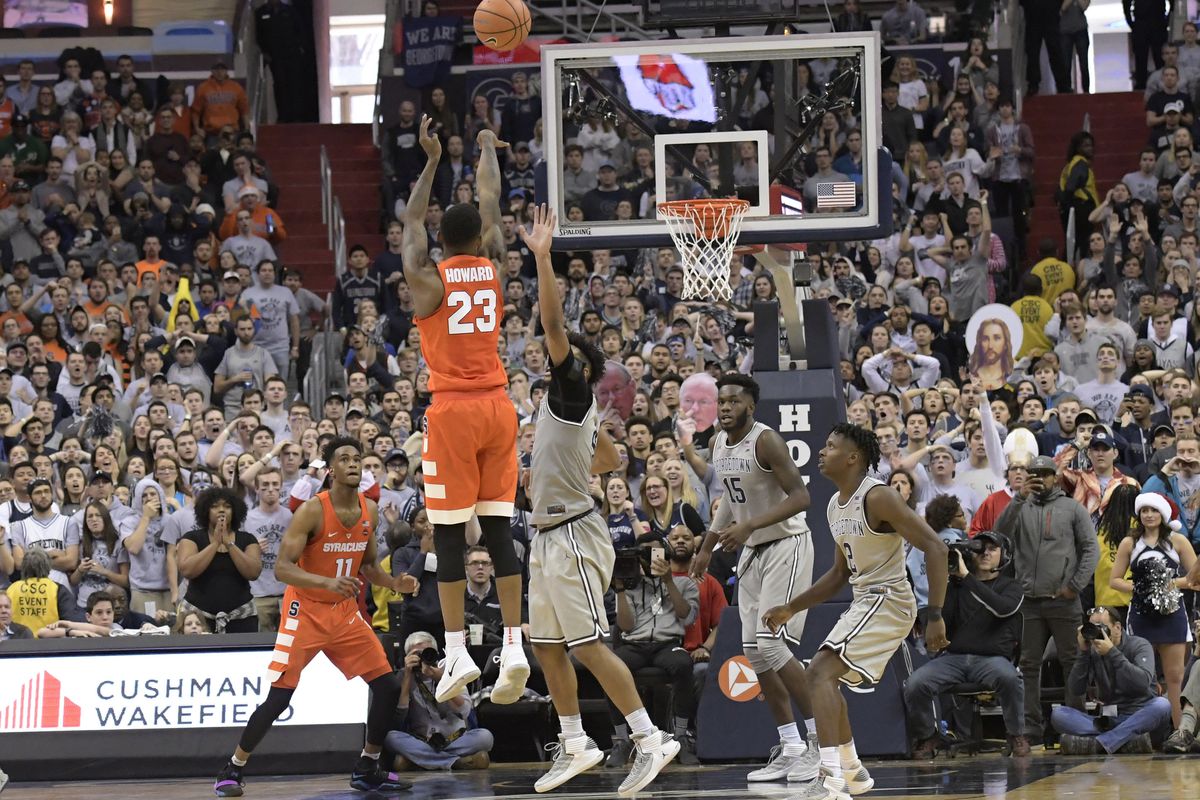 From that moment, Syracuse’s talent was able to shine as Tyus Battle, frosh forward Oshae Brissett and Frank Howard took over offensively. Battle was unstoppable late as he ended up with a game-high 29 points included a 7-for-7 performance from the free throw line. Brissett added 25 points and a game-high 14 rebounds and Howard added 19 points while Hoyas’ offense was completely ineffective making just one field goal in the final five minutes of regulation.  It was eerily reminiscent of losses of previous seasons including the Maryland game last December at the Capital One Arena.

“I think any loss is a missed opportunity,” Govan said. “It’s definitely one that slipped through our hands.”

Indeed it was just that, a missed opportunity.  Hopefully for the Hoyas and Coach Ewing, the team will learn from such a disheartening loss and become more mentally tough when the Big East schedule starts in January.