Word in these streets is that a contingent of Hotep-lite types are offended that we be callin’ people Hoteps.  Why would this faction assume that this term is born of anti-Blackness or cultural offense?  Hoteps are a part of Black culture, and that’s just the Black Ass Truth.

We know very well who or what we are referring to when we use the term hotep. We know it means “to be at peace” in Egyptian (or something like that), but so what?  The point is that “hotep” captures a set of characteristics really well.  It’s like referring to someone as “bougie.”  There are no hard feelings involved—we still crew.  Better yet, we still Black.

In fact, Black Culture has mad love for Hoteps. This is reflected in both our entertainment and leadership.  Individually, we shape our culture by pushing back on Hoteppian ideas when necessary and sorting through the ones we want to consider for our own development.

This is Black Love, ya dig?  The Hotep is a part of our love story with our people.  And unlike other labels and figures of Black American history (remember the “Mammy Dearest” episode of A Different World?), we don’t have to “reclaim” the Hotep.  Some of us live and die Hotep; some of us are Hotep just for high school or college; some of us go Hotep after a visit to state facilities; and some of us only occasionally say or do some hotep shit.  Even if a person wouldn’t be generally classified as Hotep, that person may be the Hotep of their crew or family.

Black Culture has been shaped by glorious people who were hotep before hotep was hotep, and our entertainment reflects this archetype of Black thought, personality, and shenanigans.  With this list, we celebrate our Hoteps. We needed him to give Irwin the business about The Revolution just as much as we needed Lindy to give him the business about gender identity. Hoteps tend to have issues with gender identity, and Abdullah is no different. When Lindy tells him off, it’s a thing of beauty. “Honey, I’m more man than you’ll ever be and more woman than you’ll ever get.” – Lindy

When Eve Plumb and them white kids come out from the back of the store, we holler because it is outrageous – and often true. Kalinga talks all that jive about revolution and then provides the hotep lamentation that the people gave up on it because “they got jobs.”  If we can’t identify a Kalinga in our own lives, we know someone who can.

Whether you went to an HBCU or a PWI, your education wouldn’t have been complete without the intermittent pontification from the folks on campus who had read every book on Blackness there was.  Except the ones assigned for classes.

He sought knowledge and dropped science so maddening that it was poetry. Oswald Bates was an emcee, even if he didn’t even understand what he was saying half – OK, most – of the time. Oswald’s vocabulation was an ovulation of extended flatulence of the mind that couldn’t be overstood by mere morticians. Use your third eye and overstand that! For many young Black women at the time, Shazza was the first to make Hotep sexy. He embodied the woke brother that some women loved, even though he spouted a great deal of…questionable content. However, he was smooth with his, making a sister like Freddie Brooks fall for him – even though one would think she’d know better. It’s that very smoothness that makes some sisters fall for the hoteppery. 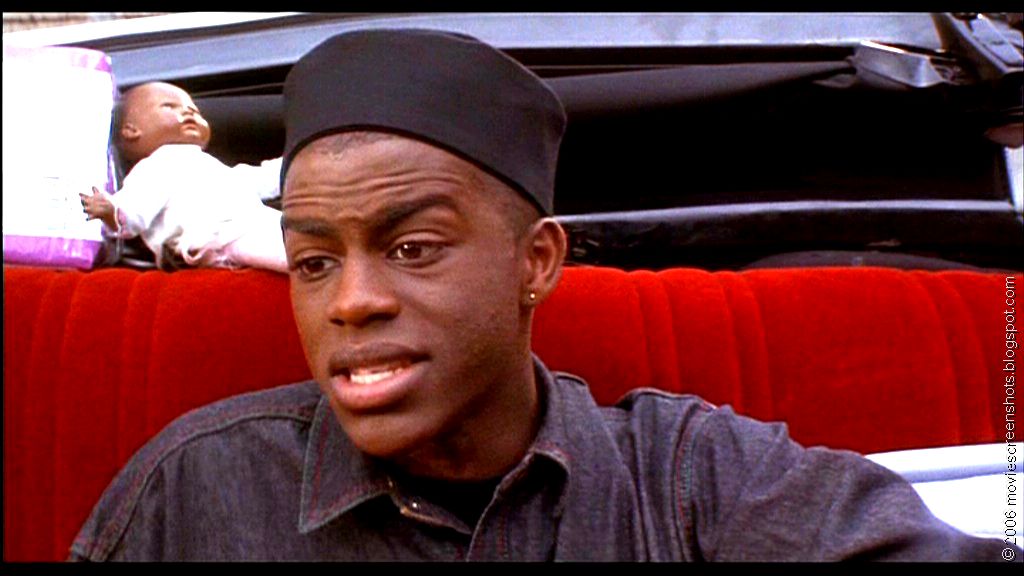 “Nigga you better go somewhere wit’ that Black Power shit. You know that shit gets no play in this ride.” – Stacy

This Hotep character demonstrates several Black community ideals.  His friends may not play his tape, but he is still a member of the crew.  He is riding in the car and eating at the cookout.  Sharif and his father, played by Baltimore’s own Charles “Roc” Dutton, represent a good Black Father-Son relationship.  Their relationship also highlights the significance of a Black father’s positive influence on his son’s friends. 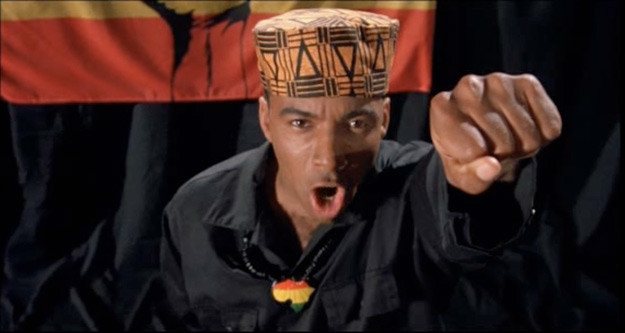 Dead Mike’s attention to Black Power studies lasted from the beginning of his rap career with the group CB4 (Cell Block 4) through to his solo career, which beg a song designed specifically to make us recognize his Blackness.  In this case, we might say that his Hotep powers kept him grounded and on the right path as he elevated in his art.

How else would you know what “Good morning” really means?  Hoteps make us have to pause and think so we won’t get in the habit of accepting just any ol’ information– including whatever knowledge they are kicking that day. The Militant Midget stayed kicking knowledge to the family, sometimes warranting an episode’s worth of disagreement and resolution pertaining to said knowledge.  As we see with the Evanses, the Hotep is just a part of the Black family.  We’re used to this. 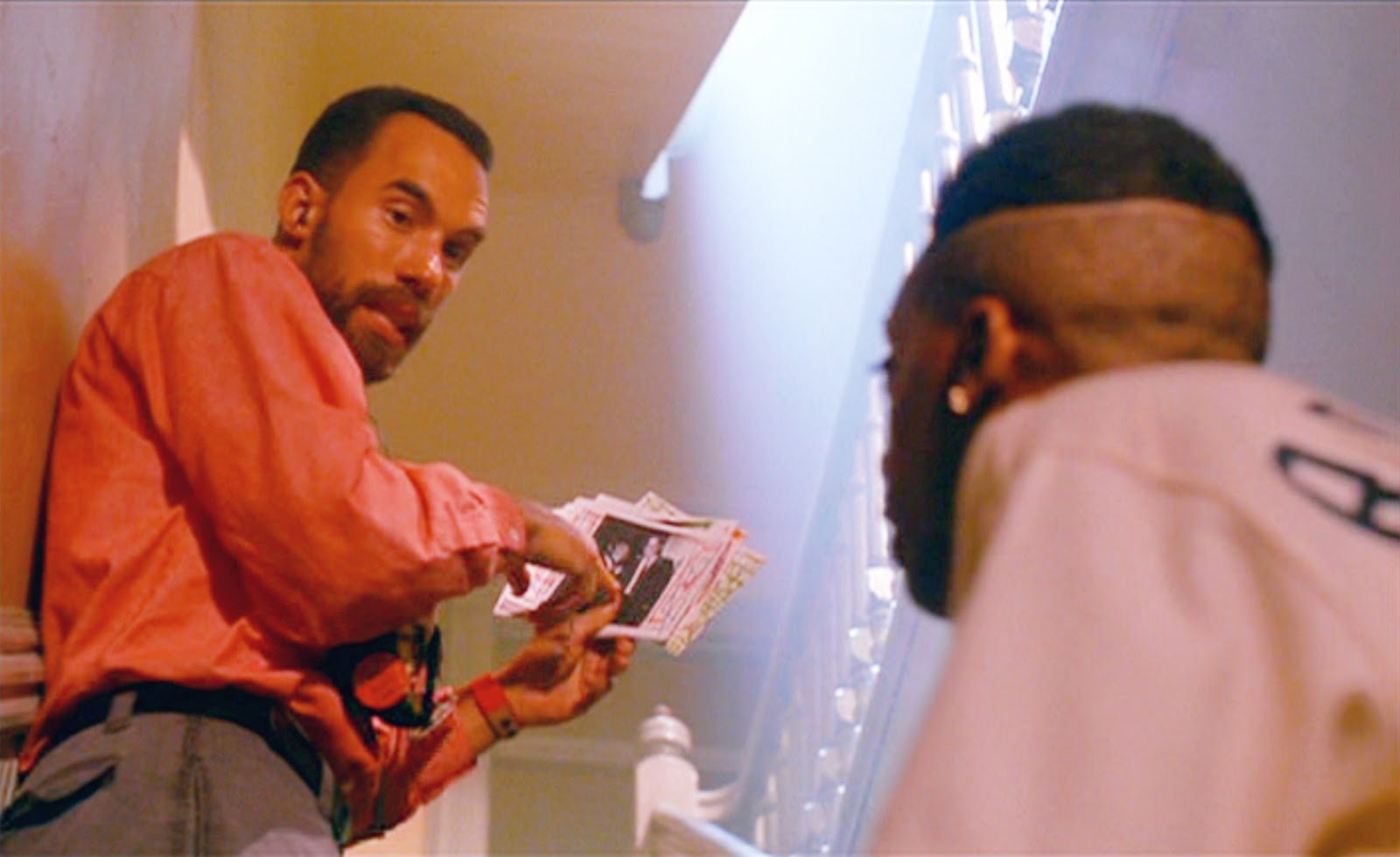 Smiley’s occupation is Black iconography. Even though we may not know exactly what’s going on inside Smiley’s head, it doesn’t mean he’s not part of the revolution. We don’t sleep on Smiley.  By the time it occurs to everyone else to burn it down, Smiley had long since struck the match.

You don’t have to be a member of the Nation of Islam to have been influenced by the words and actions of the minister.  Hip Hop has amplified his voice and his power, using his words on tracks and his influence to settle beefs. Even one of the greatest hip hop films, Belly, took inspiration from the Nation of Islam, using the character of The Minister to diffuse Tommy in the end. In our communities and families, the “at peace” Hoteps can become peace leaders when needed. Zulu Nation and Rakim and X-Clan and Wise Intelligent and the S1Ws and Sister Souljah and Erykah Badu and all them countless instances when [real] Hip Hop goes Hotep.  This entry forces us to think about the intersectionality of hotep and gender. As this list illustrates, the enduring archetype is based on the Black Man.  However, Black women can and do go full Hotep.

You wouldn’t have called him “Clay” to his face, Morris.  The world had never seen a man like this, and it likely never will again.  He had the highest sense of self, the biggest mouth, the willingness to lead, and the courage and spiritual fortitude to go to jail instead of participating in America’s Vietnam War.  He was a revolutionary in and out of the boxing ring. A pilgrimage to Mecca returned him to the United States as el-Hajj Malik el-Shabazz.  Wow.  That’s all that really needs to be said about that.

Our father was, quite literally, “on that ‘Back to Africa’ shit” – to reference a phrase often used to describe a Hotep.  Named Jamaica’s First National Hero, his Black Liberation legacy impacts the structure of Black knowledge to this day.

There is no need to reject the Hotep label, as there is no need to reject the Hotep.  Hoteps seek Black Truth and take pride in sharing what they learned, even when their friends and family wish they’d stop.  More often than not we have no clue what they are talking about, and when we finally figure it out we often disagree with them.  Hoteps also take on a lot of that conscious rage of which Baldwin spoke during times when many of us are looking for something to laugh about—a phenomenon that causes us to miss the fact that under the Hotep mean mug is a great sense of humor.

All in all, Hoteps are an integral part of the Black family — a part that is often misunderstood and misjudged, never to be feared, and always ready to drop some knowledge over a pork-free plate at the cookout.