Welcome friends, I am back. *thunderous applause*

The powers-that-be at CiTLR (Diego) suspended me for PED’s, but I’ve learned the error of my ways and am glad to be back in the fold!!

My main man Bernard Plummer aka Uncle Beenard co-wrote this latest installment of #TopTenTuesdays with me and as a caveat, his BBQ ribs are legendary, jack! They should be on everyone’s plate. Just saying.

Special shout out to Bill Walker aka Sir William aka Sir William The Just who motivated me to get off my arse and write. Sir, you are a gentleman, a scholar, but also a knave, and a rapscallion. 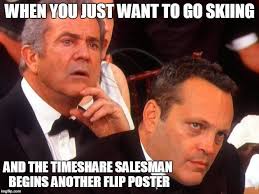 I despise these people. Look I get it. You have a job to do which is sell me a product, but you and I both know that if I’ve said no for the past two hours even though I was obligated to give you 90 god forsaken minutes, bringing in the next guys isn’t going to change my mind. Accept the fact that I won, and let me get my $100 Gift Card that doesn’t come out of your check you heartless insensitive prick!

Your only objection is either of two options:

b. She should be way higher.

She’s an evil little woman bent on making the world a lesser place for all who inhabit it. She should be killed in a public square for all the town to see and relish in.

9. ANY restaurant that gives you small portions.

Y’all boycotting the NFL, shoe companies, products, brand names, and THIS has been going on for ages!! AGES I say!! “WE WILL NOT HAVE IT!!”

Any person that would hunt a species nobody knew existed, in the forest nobody knew how to locate, in a village no one could friggin’ find, is the lowest rung of human decency, full stop.

Ok now someone is looking at this saying “Not my little princess” Yes…especially your little princess. We all know how this goes. You wake up thinking about the amazing breakfast you’re gonna have on a Saturdays Morn. But oh darn…I’m low on orange juice. You get up, toss on some clothes, and the sultry sounds of Frankie Beverley’s “Golden Time of Day” soon becomes the pulse rising theme to Halloween, there they are. At their table preying on you with their pig tails tucked in a wool hat in a winter coat, freezing because it’s cold out (just to make you feel worse for walking past them). You try to give them the “I’ll get you on the way out” that works for the homeless and dudes hustling a mix tape but their cute smiles and shrieking voices compel you to buy a box of Thin Mints. Then here comes the others egging you on to buy more. So here you left to buy a bottle of Florida’s Finest and you return home broken, with 12 boxes of cookies you can’t possibly eat by yourself. Dear Lord, have mercy on their souls.

Ahh Biff fuckin’ Tannen. The memorable bully in the “Back to The Future” franchise. But see, Biff is on this list because he wasn’t just a bully, oh no no no! Biff was much more evil than we remember. Walk with me for a moment. Remember when Biff and Lorraine were in the diner and he’s groping her from behind saying “You want it, you want it, you know you want it, and you want me to give it to you.” After slapping him and saying she wasn’t that kind of girl this piece of shit grabs her and says “Well maybe you are and you just don’t know it yet”. Fast forward through two attempts to murder Marty McFly, he tries to rape Young Lorraine in the parking lot during the Enchantment Under The Sea Dance. In Part II, Biff murders George McFly and then in Biff Tannen-fashion he somehow forces Lorraine to marry him and to get breast implants! And then…tried to murder Marty Again! The fact that he never succeeds and becomes the new “Coleman” for the McFlys has nothing to do with it. Biff Tannen is one of the most deplorable characters ever to grace the silver screen!

And if you didn’t catch the Coleman reference as the butler from Trading Places, no grape soda for you!!!

Was she a prostitute? A slight drug pusher? That detail is still a bit cloudy for me. I had to wait a whole damn week to see if Penny wasn’t dangling off the balcony of Cabrini Green by her ankles!!! Damn that, and damn her.

This man put the fear of God in you as a child. “Chester Chester Child Molester!” was a funny saying back in the day. Unless you were touched as a child, this episode scared you off from, who at that time, were the coolest people on the planet. Old People!

Then Bad Man Horton gets poor Dudley to come by on his own where he gets drugged, but thanks to Mr Drummond and Dudley’s father, they stop Mr. Cos**, I mean Horton. Why Dudley’s dad wasn’t stomping Mr Horton’s ass out is beyond me.

From the planet Titan, born with the deviant gene, and active member of “You Gon’ Get These Hands” community, we haven’t seen anything like this guy in movie history, bottom line. What’s even better is like the best villains (Lex Luthor, Killmonger, Magneto) there’s an actual method and harsh truth to his ways and beliefs. That’s what makes him REALLY dangerous. And let us not forget that he GAVE. HULK. THAT. WORK.

One is a rapist (alleged) and a snitch of the highest order. The other killed white Jesus. Both are egregious crimes and neither could be ranked above the other. It is my hope that they both burn in hellfire and brimstone.